This was filed on August 31, 1904 in Philadelphia, Pennsylvania.  At that time my third great-grandmother owned four houses in the city of Philadelphia.  They are all listed here, as well as how much they were worth. 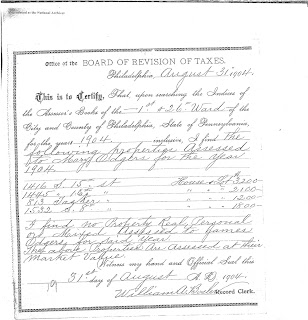