I decided to start with a little digging on Ancestry.com.  I knew a little about my 3rd great-grandfather, but very little.  One of the things that popped up was a Civil War Pension Index.  I had heard a lot about them and knew they were a great source of information, but how lucky could I get?
The U.S. federal government granted pensions to Union veterans of the Civil War and to their widows, minor children, and dependent fathers and mothers.  At first glance, the index had my 3rd great-grandfather and -grandmother's names, his infantry number, and two file dates.  Two?  Why two?  On closer look, the first one was filed on 2 September 1890, over 13 years before he died.  This filing was marked as "invalid."  The second filing was done by my 3rd great-grandmother on 21 May 1904, less than a month after he died.  No mention whether or not either was accepted.  What happened during the Civil War that left my 3rd great-grandfather an "invalid" and why did it take him 25 years to file for a pension?  Did they really need that money, and if so, why? 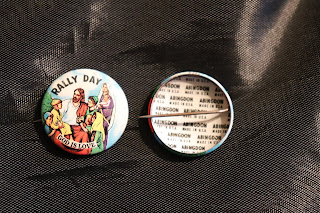 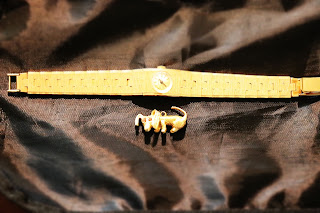 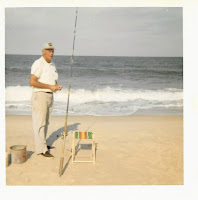 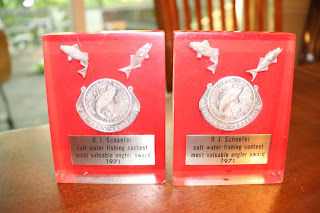 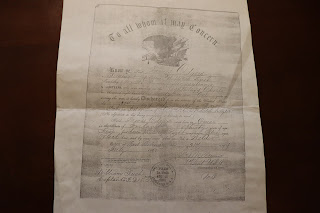 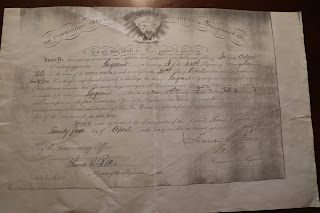 This is a photo of my paternal uncle taken in the home of his maternal aunt in Galena, Maryland in 2000.  He was always ready with his camera.  At the time this photo was taken, he was 45 years old.

This is a photo of my paternal uncle striking a goofy pose in the home of his maternal aunt in Galena, Maryland in 2000.  He was 45 years old.

This is a photo of my paternal uncle taken in the home of his maternal aunt in Galena, Maryland in 2000.  He was 45 years old.

This is a photo of my paternal uncle taken in his living room in New Castle, Delaware in the 1970s.  I wonder what was in the bag.

While working on a family tree, it's so easy to get wrapped up in how far back one can trace their ancestry.  We would all like to know if we have roots dating back to the colonial days and from which country did our ancestors emigrate, if at all.  There seems to be a deep-rooted need in some of us to know where we come from, like it defines who we are today.  But sometimes that leads us to overlook the obvious - those family members who are right here with us today.  How many times

have I said, "I wish I had asked...while so-and-so was still alive?"

That's why it is so important to record EVERYTHING.  Get your family together as much as possible.  Get photos of everyone when you can.  Ask those questions you have.  Keep all those birth announcements, graduation announcements, wedding invitations.

Recording family history that is happening now may be more important than researching the past.  One day our great-grandchildren will be thankful that we did.
at April 08, 2018 No comments:

Email ThisBlogThis!Share to TwitterShare to FacebookShare to Pinterest
Labels: 2000s, 2001

I love when I come across keepsakes, something little that holds some sentimental value to a family member who is no longer with us.  This is a great example.  My paternal uncle kept his high school cafeteria pass and his high school Driver Education Certificate.  They must have been a reminder of some good times he had in high school.  For someone like me, it gives a glimpse into my family member's life.