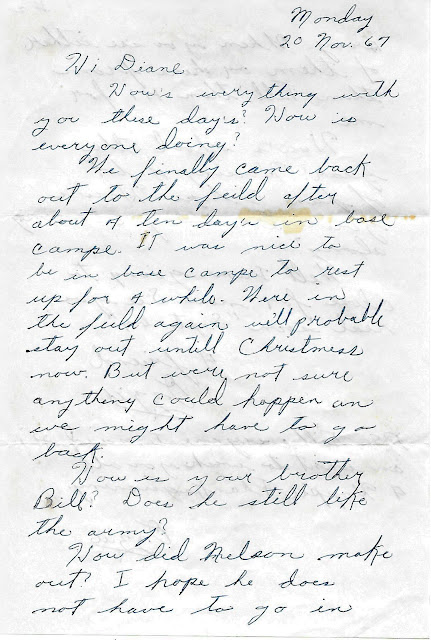 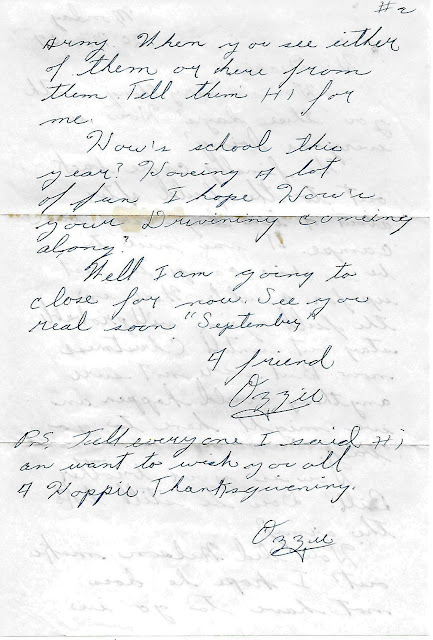 This is a letter from my maternal uncle to my paternal aunt.  He wrote it while stationed in Vietnam on 16 October 1967.  My aunt received it on 24 October 1967.

He mentioned my dad's visit home on leave from the army.  My uncle joked that it was a two hard weeks with my aunt and my mom around and that my dad would be ready to get back to the army life.  He also joked about Vietnam, calling it "The big Southeast Asia summer resort area."  And how "everyone is going there this year.  It's where all the action is."  In reality, he was looking forward to coming home the following September and getting out of the army.  Sadly, he would die in combat less than two months later. 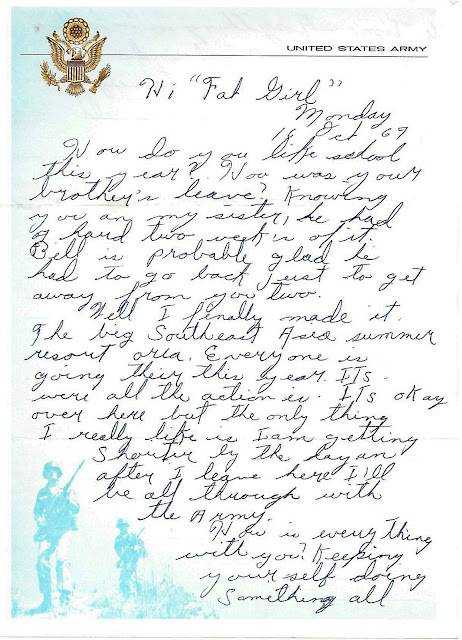 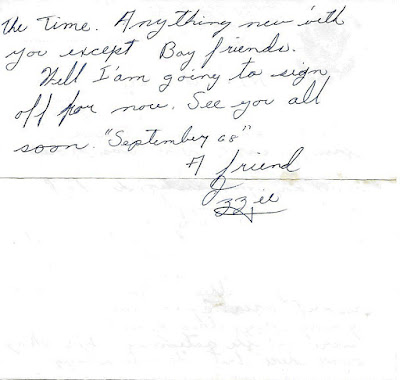 I have found that old letters can be a gold mine of information and a little glimpse into life at that
moment.  They can hold clues and provide missing pieces of a puzzle.  It can put personality to family members gone long ago.

This is a letter written by my maternal uncle to my paternal aunt.  He wrote it on 20 September 1967 from Vietnam and she received it six days later.  I know the date she received it because she wrote that date on the envelope.  A great piece of information to have!

My uncle opened the letter by inquiring how everyone was doing, asking if my dad, who was also in the army, had gotten to take leave yet, and how my aunt liked school.  I imagine my uncle was missing the every day life of home.

My uncle went on to briefly describe his trip to Vietnam on the USS General John Pope and how they stopped in Okinawa just long enough to refuel.  He wrote the letter while they were sitting in a bay in Vietnam unloading equipment and some men.  He still had to spend a couple more days on the boat to travel up the coast.  He complained about the heat and that it felt like it was getting hotter.

He was looking forward to getting back home the following September, but would die in battle less than three months later. 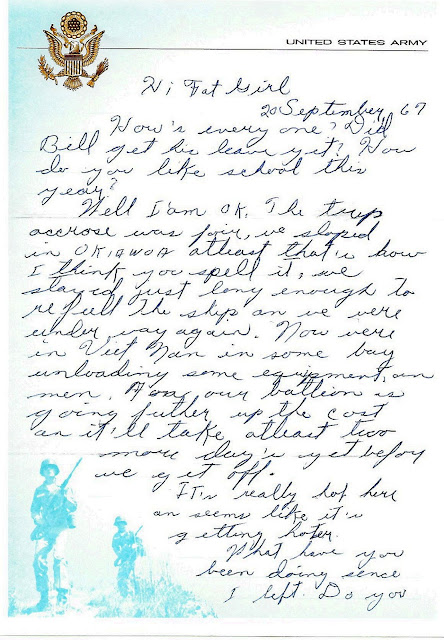 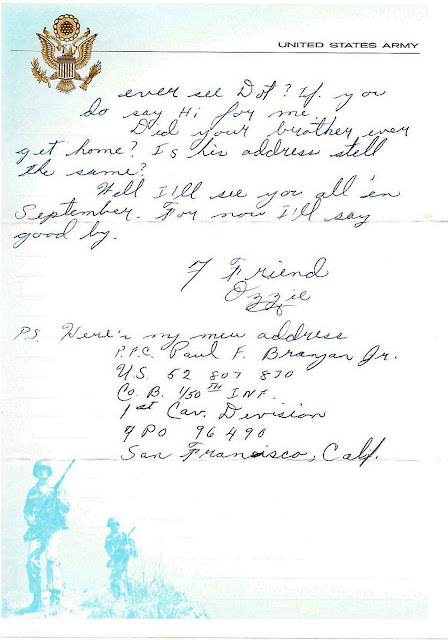