What Did They Do For A Living? 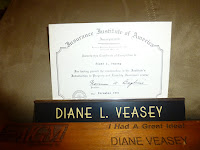 I think digging into the professions of my ancestors helps me to understand a little better who they were.  This information can be very valuable in connecting missing pieces of their lives.  I am always on the lookout for clues like photos, documents, and keepsakes.  If I look closely, maybe I will find the answers to some of my questions. What did they do for a living?  Where did they work?  Was it close to their home?  Did they do the same job for their whole working life?  How did their job affect who they were as a person?
at May 31, 2017 No comments:

There is just something that I love about this photo of my paternal great-grandfather that was taken in the late 1950s or early 1960s.  He looks so proud posing in his guard uniform.  I am still on the look out for where this was taken, though.

Email ThisBlogThis!Share to TwitterShare to FacebookShare to Pinterest
Labels: 1950s, 1960s, Photo of the Day

Who Are You Honoring on Memorial Day?

Memorial Day honors those Americans who died while defending our Nation and its values.  It is a day to remember all who made the ultimate sacrifice for our freedom.

Today I am remembering my maternal great-uncle, William Bunting.  He was killed in action during World War II on 22 July 1944.  The fatal battle began in the early morning hours of 21 July.  My great-uncle's division was called in for support that night.  His US Army Infantry Division, the 77th were tough fighters and the Marines fighting alongside them at Guam referred to them as the "77th Marine Division."  My great-uncle was killed in the battle the following day.

I am also remembering my maternal uncle, Paul Branyan, Jr., who died on 10 December 1967 in Vietnam.  My uncle and his company were in a terrible fight with an enemy that was dug in at a ditch.  He was on an armored personnel carrier and was passing ammunition to a fellow soldier, Drew Shipley, as he was firing a 50-caliber machine gun.  Sargent Shipley was shot in the head and killed.  Despite knowing the danger, my uncle took over the machine gun, and tragically met the same fate.

May we never forget the men and women who sacrificed their lives for our country.

Who are you remembering on this Memorial Day?
at May 29, 2017 No comments:

This is a photo of my paternal great-grandmother that was probably taken in the 1940s.  The photo belonged to my grandfather and has "Mother" written in the lower right corner.

Email ThisBlogThis!Share to TwitterShare to FacebookShare to Pinterest
Labels: 1940s, Photo of the Day

This is a photo of my paternal aunt taken in 1984 sitting and ready with her camera at some sort of a function.  She was 33 years old.

Email ThisBlogThis!Share to TwitterShare to FacebookShare to Pinterest
Labels: 1980s, 1984, Photo of the Day 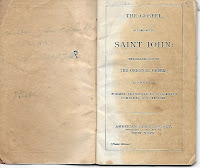 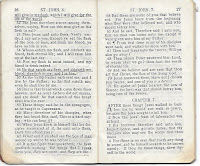 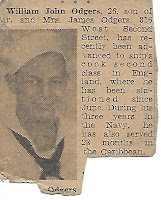 This is a photo of my paternal great-grandmother taken in the 1950s or early 1960s.