This is a letter written by my maternal uncle to my paternal aunt on 6 December 1967, while he was stationed in Vietnam.  He had been out in the field for a few weeks, and was hoping to be back at base camp by Christmas and home by September.

Four days after this letter was written my uncle and his company were in a terrible fight with an
enemy that was dug in at a ditch.  He was on an armored personnel carrier and was passing ammunition to a fellow soldier, Drew Shipley, as he was firing a 50-caliber machine gun.  Sargent Shipley was shot in the head and killed.  Despite knowing the danger, my uncle took over the machine gun and, tragically, met the same fate.

At the time of his death, my uncle had been in Vietnam for 100 days.  He was twenty years old.

Sadly, my aunt received the letter from my uncle the day after he died. 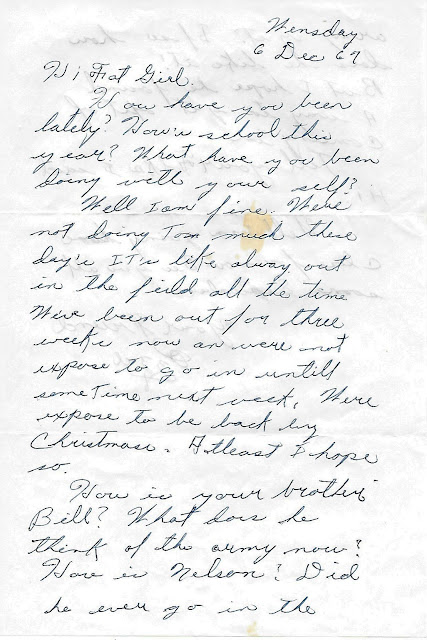 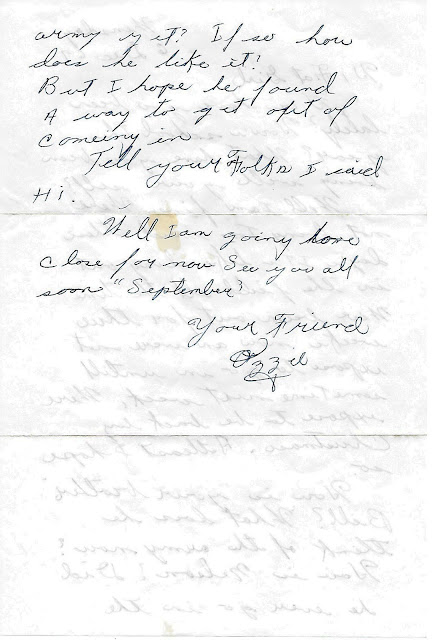 This is a link to an article that describes the battle that occurred on the day my uncle died.