This General Affidavit, dated 29 May 1891, is one of the forms found in my paternal third great-grandfather's Civil War Pension file.  He would have signed it under oath in the presence of a notary public.


"I am the above mentioned claimant and in answer to the Department call would state that I have not been in the Military or Naval service since July 31 - 1865."

This was filed in Philadelphia, Pennsylvania, his hometown, when he was 60 years old - just over 13 years before his death.  At this time, he was living at 1416 South 15th Street.  His lawyer at the time of this affidavit filing was W. V. Sickel. 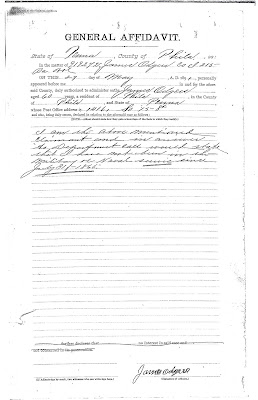 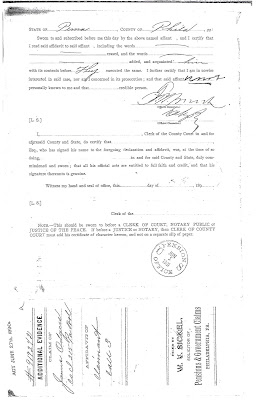