In 2012 I requested my maternal great-uncle's Deceased Personnel File, or IDPF.  I knew very little about his death - just that he died in World War II somewhere in the South Pacific.  I wanted to know more and thought this would be a good place to start.  Boy, was I right.

As I go over every detail on every document, I am learning so much.  More than I ever imagined.  Most of the stories I heard about him came from my grandmother and most of them were stories about how his death affected the rest of their family, especially their mother.

In my great-uncle's IDPF, I am finding clues as to why most of my grandmother's stories were about the events after his death.  I have learned that it took nearly four years for the family to get his body back to the United States for burial.  According to the Receipt of Remains document, his body was to arrive at the cemetery by military escort and the family was to be notified of that arrival.  Was the family there when the hearse arrived?  When was the funeral?  And when was he buried?  These are some of the answers I am looking forward to discovering. 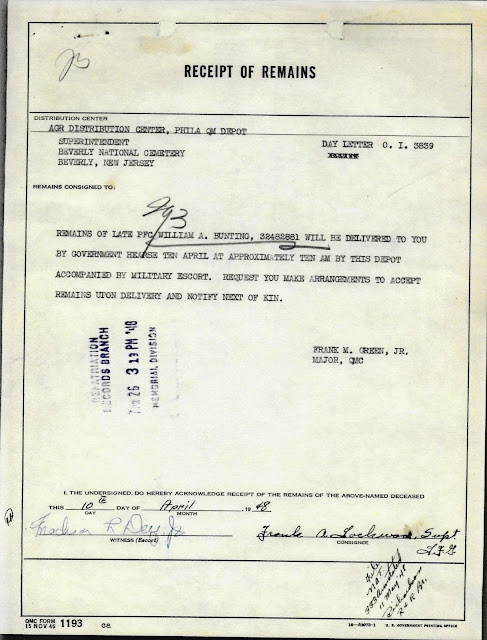