My great-uncle died on 22 July 1944.  He was buried in an individual grave, uncasketed and in a poncho, in Guam No. 2 Cemetery, Plot C, Row 2, Grave 10.  He was identified by a mortuary plate found on a temporary grave marker.  He was disinterred on 28 November 1947 and his skeletal remains were placed in a casket on 19 January 1948.  He arrived in New Jersey for burial in April 1948.

My grandmother told a story of how her mother had a hard time believing that her son was in the casket.  It is no wonder now knowing that it was his incomplete skeleton in the casket.  She was not allowed to look at his remains and this must have haunted her for the rest of her life. 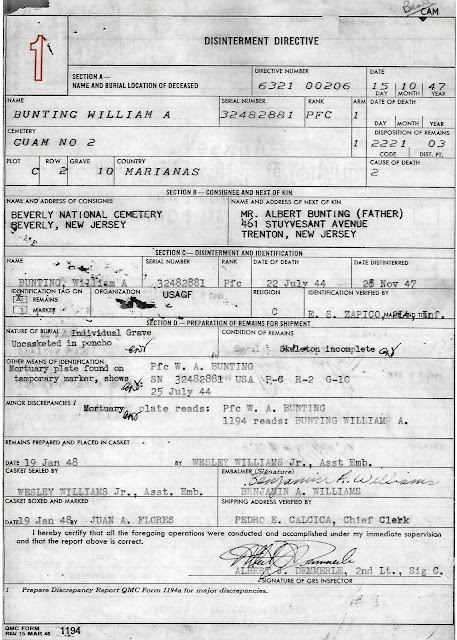