Request for Disposition of Remains

After World War II, the U.S. Graves Registration Service began contacting the families of those who died overseas, giving them the option of having their soldier buried in a U.S. cemetery overseas or brought home. My great-grandparents chose to have my great-uncle's remains brought home to New Jersey.

This is the Request for Disposition of Remains signed by my great-grandfather asking that my great-uncle be returned to the United States for final interment in the Beverly National Cemetery. 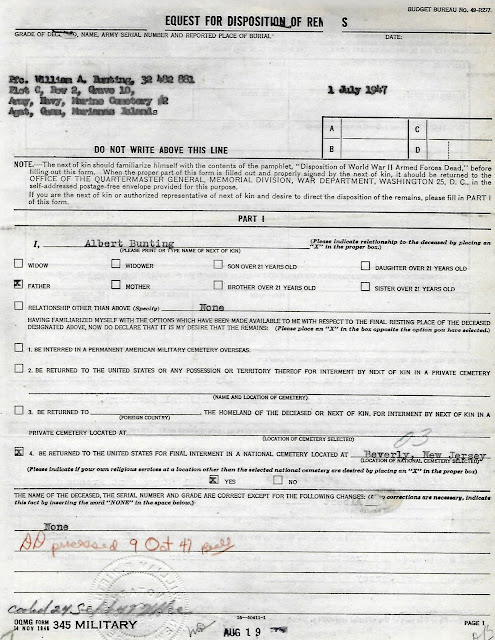 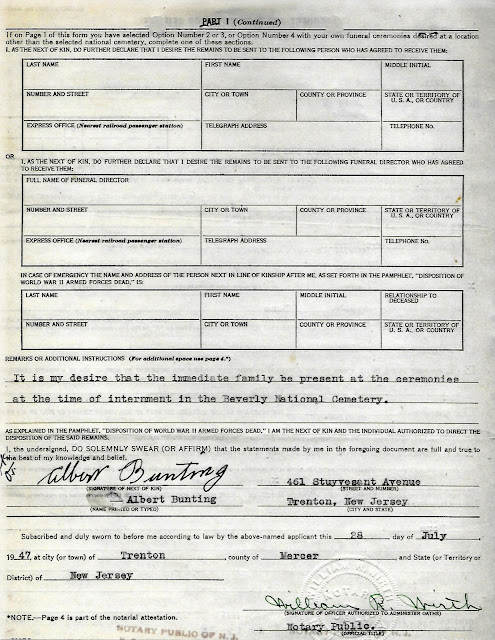