After World War II, the U.S. Graves Registration Service began contacting the families of those who died overseas, giving them the option of having their soldier buried in a U.S. cemetery overseas or brought home. My great-grandparents chose to have my great-uncle's remains brought home to New Jersey. A Disinterment Directive was completed on 15 October 1947 and the process to bring his remains home and laid to rest in the Beverly National Cemetery had begun.

This chart was used to document the condition of my great-uncle's bones once he was disinterred. 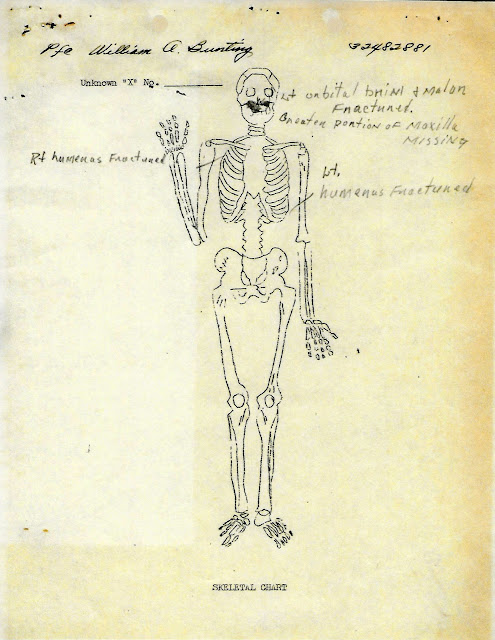 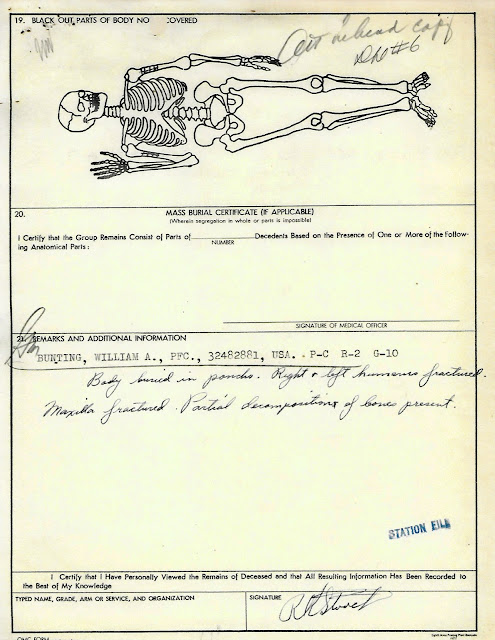