Always Look on the Back

As I have gone through all of my boxes of old photos and papers, I have been surprised by all the newspaper clippings that my family had collected.  There are the usual things like birth, wedding, and death announcements, and they are packed with useful information.  But once in a while I come across something even more interesting that leaves me with some questions.

Like this photo of my paternal great-aunt working with Wilmington, Delaware's new (at the time) fire-police reporting system.  The first thing I wondered is what year it was in the news paper.  No one wrote a date on it, so I decided to look on the back to see if there were any clues.  That's when I read about a man with the last name of Musmanno who was running for senate.  I did a little Internet searching and found that Michael Musmanno lost the Pennsylvania Democratic nomination for senate in 1964. Now I have a year to put with the clipping!

From some previous research I did, I knew that my great-aunt was a telephone operator in 1946.  It looks like she stayed in the same profession for at least 18 years.  And the best part is I have a picture to put with her doing her job. 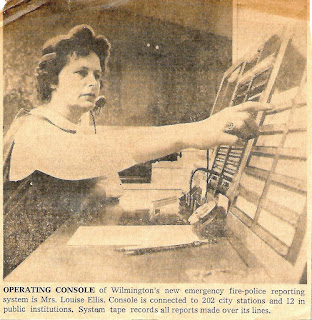 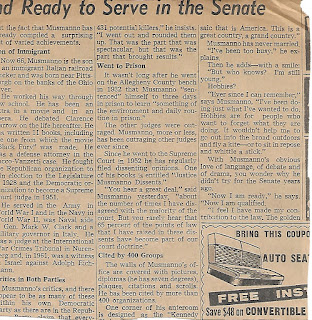