After World War II, the U.S. Graves Registration Service began contacting the families of those who died overseas, giving them the option of having their soldier buried in a U.S. cemetery overseas or brought home. My maternal great-grandparents chose to have my great-uncle's remains brought home to New Jersey. A Disinterment Directive was completed on 15 October 1947 and the process to bring his remains home and laid to rest in the Beverly National Cemetery had begun.

My great-grandparents chose to have military funeral services done by a Catholic chaplain at the Beverly National Cemetery for my great-uncle. 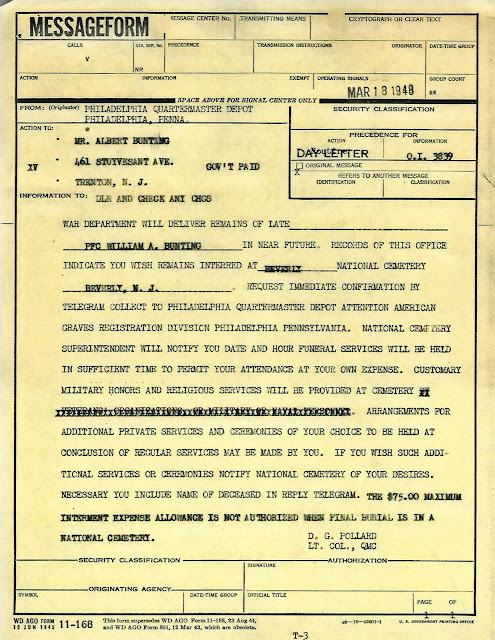