On 11 February 1948 his remains were placed on a truck and left the U.S. Mausoleum on the island of Saipan.  Saipan is the largest island of the Northern Mariana Islands, a commonwealth of the United States in the western Pacific Ocean.  Two days later his remains arrived at the Port of Saipan.

This is a list dated 19 March 1948 of the World War II deceased that were transported on the Walter W. Schwenk and arrived at the Beverly National Cemetery for burial. 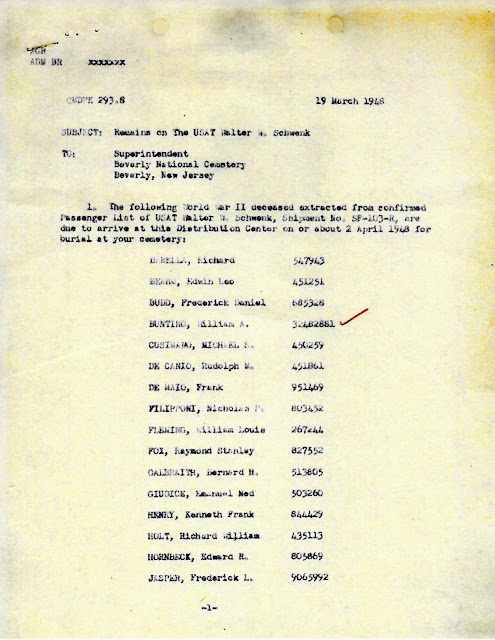 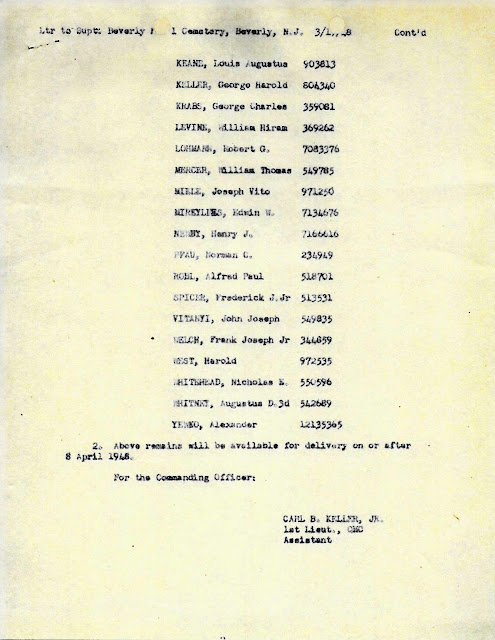