These are two copies of the same form, filed on different dates.  According to these forms my great-uncle's grave was marked with a cross and identification tags were buried with his body and attached to the grave marker.  On the form that was filed on 27 January 1945, it mentions a personal letter dated 17 March 1945.  Was this used as a form of identification?  Who wrote the letter?  On that same form, 23 July 1944 was used as the date of death and then corrected to 22 July 1944.  The forms  state the names of the two soldiers buried beside him.  On his right in grave number 11, James W. Beatty, and on his left in grave number 9, George Daniels.  The personal effects that were found on my great-uncle's body were two keys, one billfold, miscellaneous papers, and $4.07 (about $55.05 today). 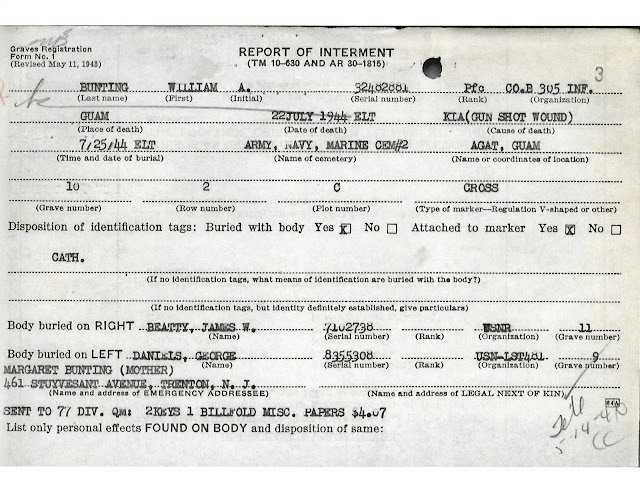 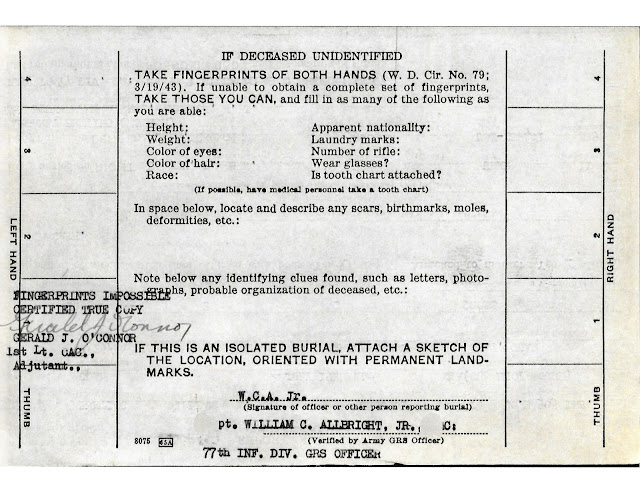 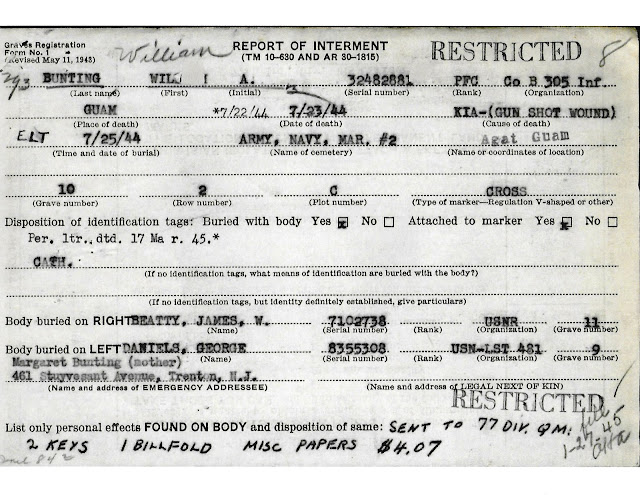 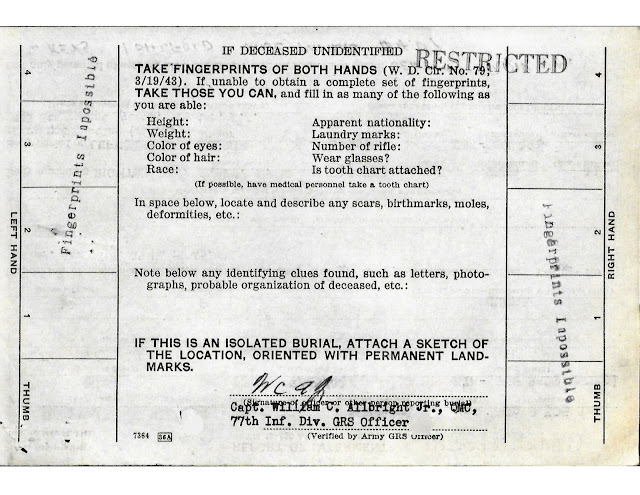