This is a copy of the Battle Casualty report that was filed for my great-uncle.  It listed my great-grandmother as the Emergency Addressee. 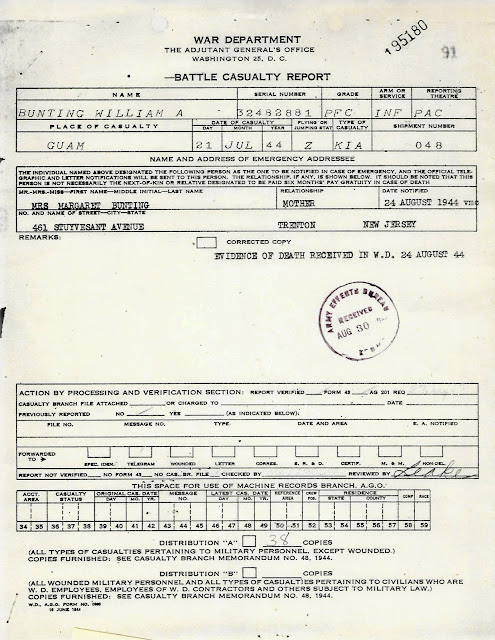