This is a letter from the Quarter Master General's office informing my great-grandparents they would be receiving information at a later date regarding the final interment of my great-uncle.  It makes me wonder if this was the first time my great-grandparents learned of where their son had been interred after he was killed in action. 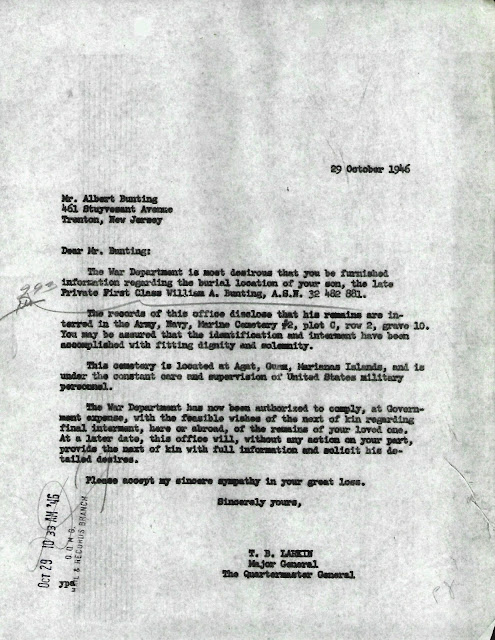