During World War II, my maternal great-uncle's division left Oahu and arrived in Eniwetok in the Marshall Islands by 1 July 1944.  He moved from Eniwetok on 18 July, aboard the transports of the Southern Attack Force, to arrive off Guam the morning of 21 July.  During his travels he was probably given last minute instructions and gave his weapon a last check as he prepared to disembark.

The battle began in the early morning hours of 21 July.  My great-uncle's division was called in for support that night and he was killed in the battle the following day.

In his Individual Personnel Death File (IPDF) there were three different Report of Death forms.  They all include basically the same information, but were filed on different dates. 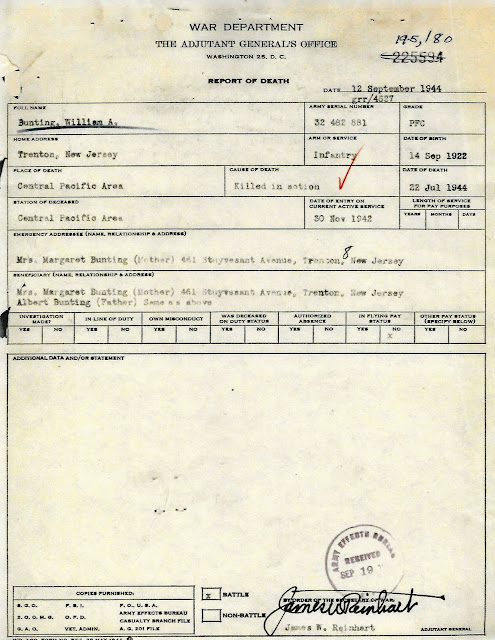 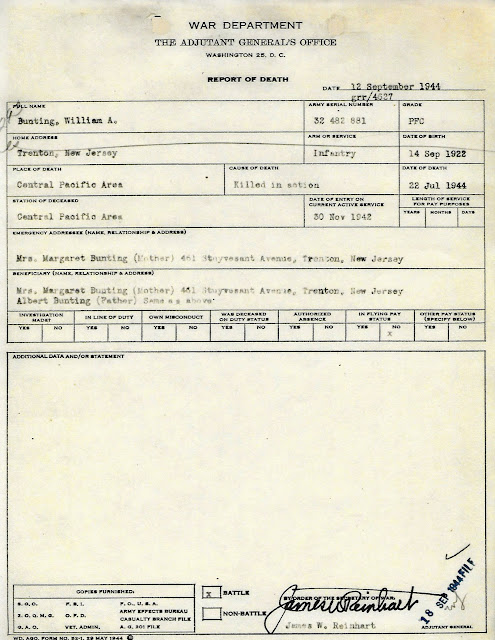 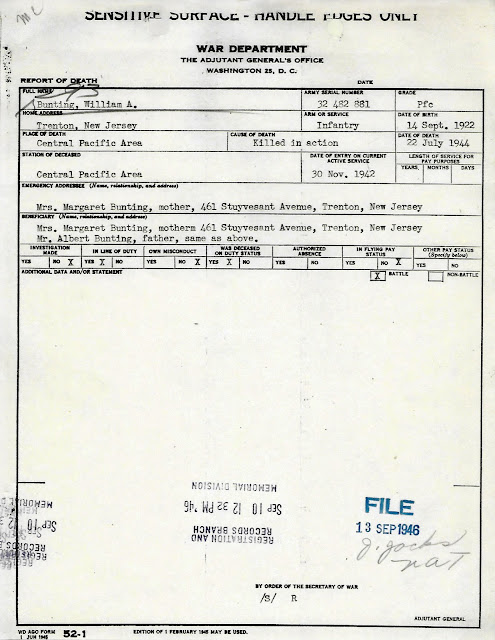