He was hospitalized once for two days, 17 March to 19 March 1937.  He would have been doing Mosquito control in Lewes, Delaware.

My grandfather had four absences, one without permission.  For that one he was admonished, but no hearing was held.

While in the CCC my grandfather did Mosquito Control, Road Construction with a pick and shovel, and Forestry Labor with an ax.  He also attended Life Saving School and spent some time traveling.

It is noted that my grandfather was a reliable and willing worker. 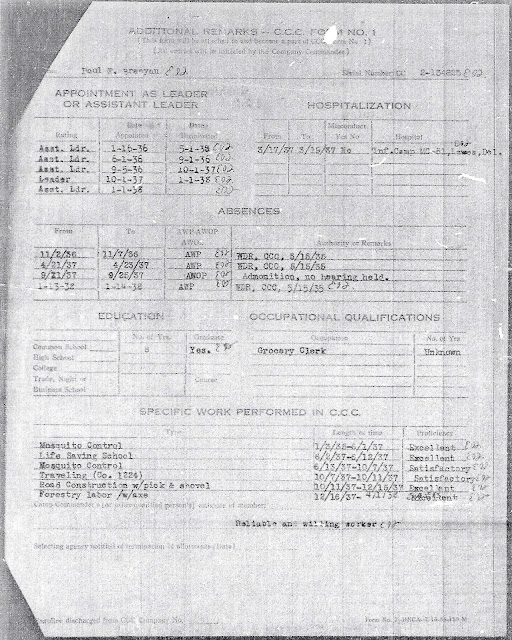