My great-grandfather died when my grandfather was nine years old.  When he finished grammar school, my grandfather got a job to help support his family.  At the time he signed this application he had been unemployed for two years.  He left his job as a grocery clerk in December 1932.  He would have been 15 years old at that time.

$25 of his $30 a month earnings while in the CCC was sent home to his mother to help support his family.  Most men in the CCC did the same, naming their mothers as their dependent relative. 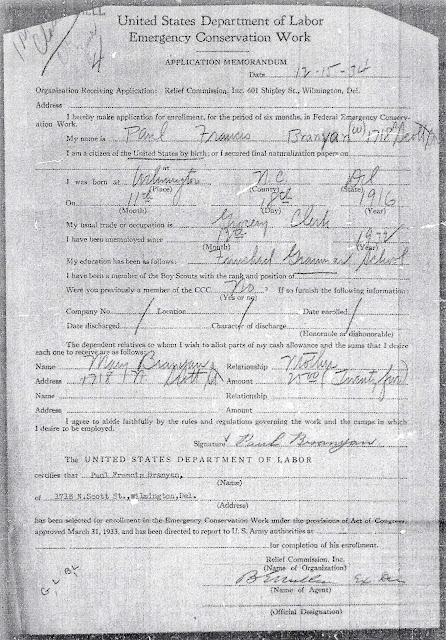