This is a record of my maternal grandfather's transfers while he was in the CCC.  He was transferred two times.  Once to Camp Squaw Creek and once to Camp Dix, New Jersey. 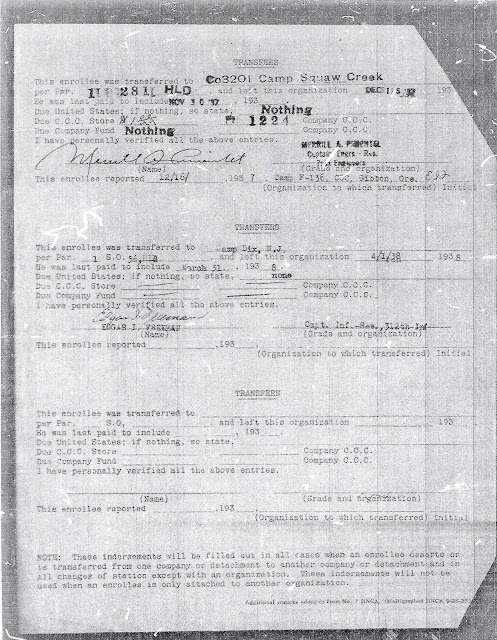