This is my maternal grandfather's Record of Physical Examination while he was in the CCC.  He was generally healthy throughout his service.  He was recorded as being 71 inches tall and weighing 140 pounds with 20/20 eyesight and hearing.  He was vaccinated for Typhoid-paratyphoid and Smallpox.  He did spend two days, 17 March through 19 March 1937, in the hospital with tonsillitis, but he made a complete recovery. 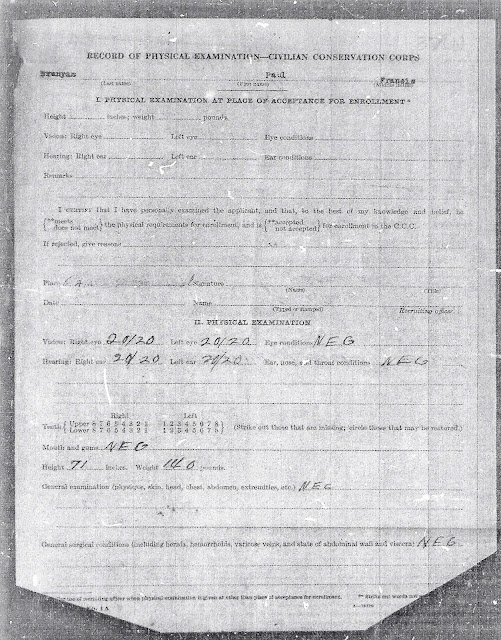 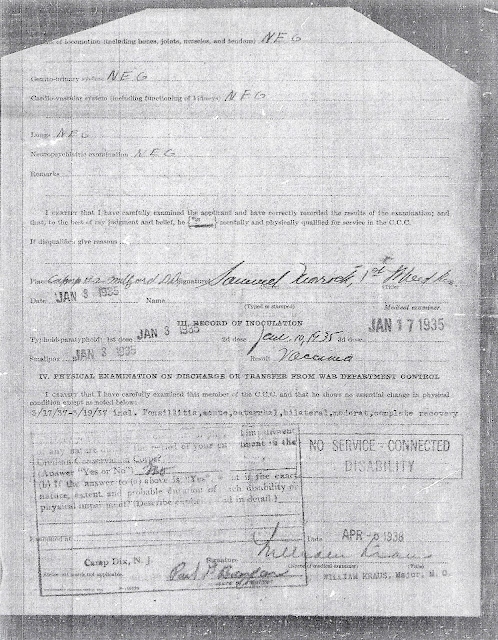