This Inability Affidavit was found in my paternal third great-grandfather's Civil War Pension File.  It was filed by him on November 26, 1901, as he was trying to get an increase in his Civil War Pension.  At the time of this filing, he was 68 years old and living at 1416 South 15th Street in Philadelphia, Pennsylvania.


...That he is unable to comply with the requirements of the Pension office as to furnishing affidavit of persons who knew when and how and where he received left inguinal hernia for reason that when he was hurt he did not say anything about it to anyone as he did not know he had received a hernia until some time after he was hurt.

He respectfully requests that the testimony of William White and Willet Walton will be accepted in lieu of other testimony which he cannot furnish for reasons as above set forth.

According to this Affidavit, my third-great grandfather had no one to support his claim that his injury, an inguinal hernia, actually occurred while he was serving in the Union Army. 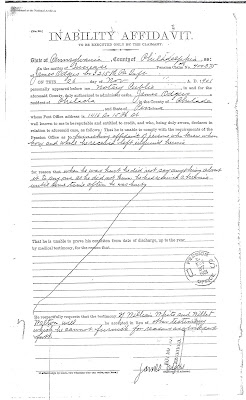 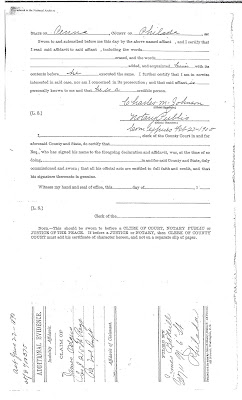