During and after World War II, the Graves Registration Service was responsible for the identification and proper burial of American servicemen who died overseas. Policies governing this work were set by The Quartermaster General. The service was responsible for the identification and burial of all Army, Navy, Marine, and Coast Guard personnel who lost their lives as the result of service outside the continental limits of the United States. The American Graves Registration Service took charge of the remains and cemeteries.

After World War II, the U.S. Graves Registration Service began contacting the families of those who died overseas, giving them the option of having their soldier buried in a U.S. cemetery overseas or brought home.  This is the letter my great-grandparents received from the Memorial Division of the Quartermaster General. 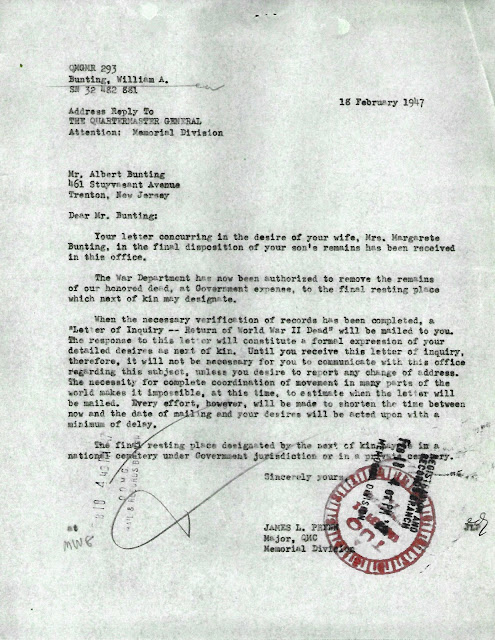