This is a letter from the Quartermaster General's Office to my great-grandparents asking them for their wishes in regards to my great-uncle's remains. 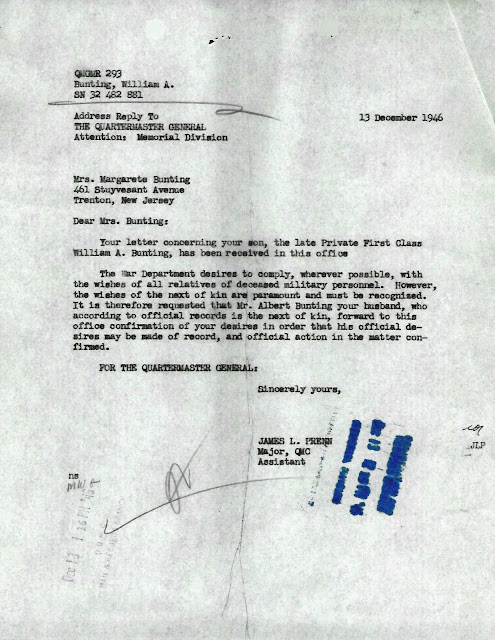