This is a letter my great-grandparents sent to the Quartermaster General's office. asking their options in regards to having my great-uncle buried in a Federal cemetery or in their family lot.  Again, I noticed that my great-grandmother's name is spelled with and E at the end.  I am thinking that this is a typo and that is why my great-grandmother only used her first initial. 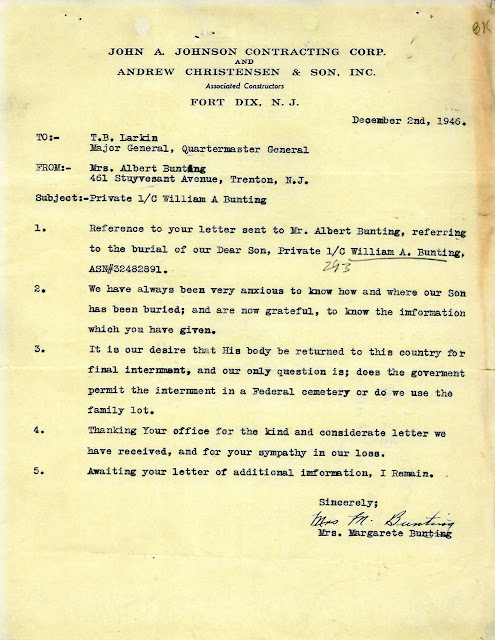