This is a letter my great-grandparents sent to the Quartermaster General's office.  One thing I find interesting is that my great-grandmother signed an E at the end of her first name.  Was that a mistake or was it a typo and she HAD to sign her name that way? 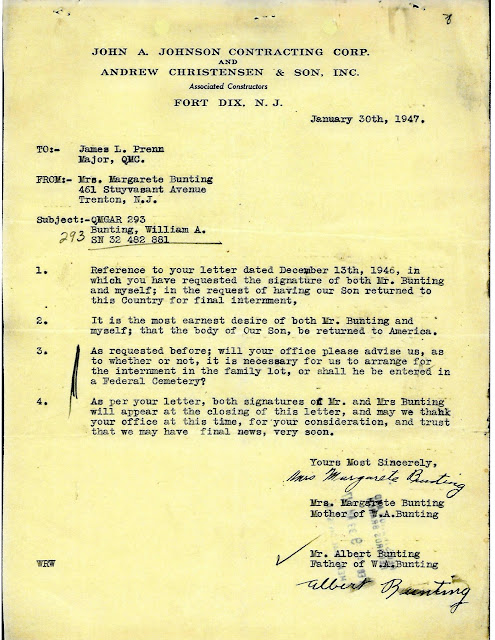