This General Affidavit is found in the Civil War Pension File of my third great-grandfather.  It was filed over two months after his death as my third great-grandmother was trying to file for a Widow's Pension.  He had qualified for the pension because he had served as a Union Soldier in Company I of the 215 Regiment of the Pennsylvania Infantry of Volunteers for a short time at the end of the war.

To receive a Widow's Pension, she had to prove that she actually had been married.  As she was unable to provide a marriage certificate, she needed to provide other means of proof.  This General Affidavit from Thomas S. White tries to do that.

Mr. White was 87 years old and a resident of Ocean City, New Jersey.  He testified that he had known my third great-grandparents since they were youths.  He said that they had gotten married in December 1854 and it was the only marriage for either of them. 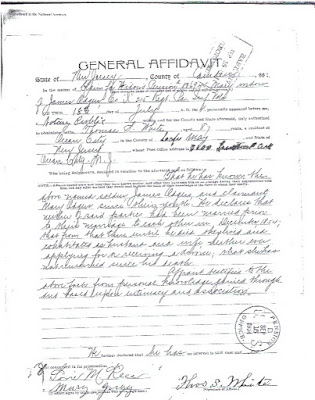 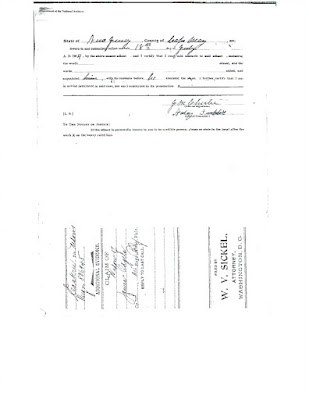