Letter from the Department of the Army

My uncle was killed in battle during the Vietnam War on 10 December 1967.  This is a letter from the Department of the Army addressed to my grandfather.  It was informing him to be expecting my uncle's personal effects on or about 9 January 1968.  Enclosed with the letter was a U.S. Treasury check for the amount of $34.45.  The dollar amount was converted from the currency that my uncle had at the time of his death. 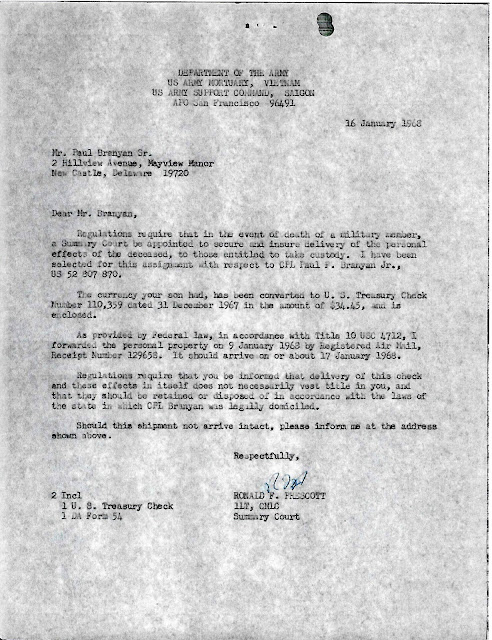