My great-uncle was killed in action during World War II on 22 July 1944.  He was buried in an individual grave, uncasketed and in a poncho, in Guam No. 2 Cemetery, Plot C, Row 2, Grave 10.

This is a copy of a letter that my great-grandmother sent to the Army Effects Bureau.  She had previously requested my great-uncle's personal effects, but had yet to receive them.  She wanted to have his things for keepsakes.  I'm sure a grieving mother would want to have anything that reminded her of her son. 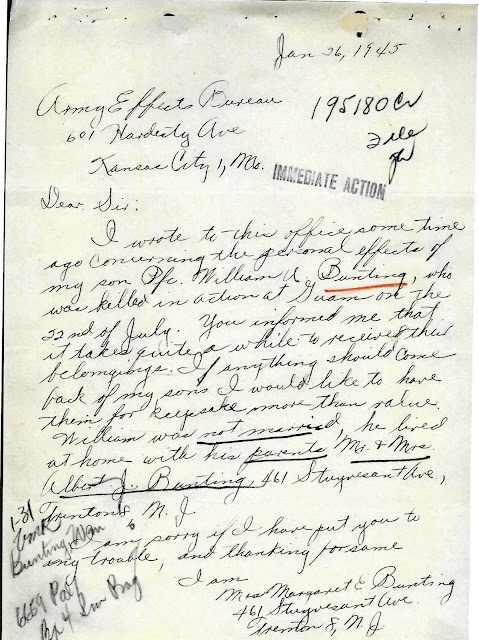