My maternal great-uncle was killed in action during World War II on 22 July 1944.  Following a few clues on his Battle Casualty Report, I started researching his Infantry Division on the Internet and was able to answer a few of my questions about his death.

His division left Oahu and arrived in Eniwetok in the Marshall Islands by 1 July 1944.  He moved from Eniwetok on 18 July aboard the transports of the Southern Attack Force to arrive off Guam the morning of 21 July.  During his travels he was probably given last minute instructions and gave his weapon a last check as he prepared to disembark.

The battle began in the early morning hours of 21 July.  I can only imagine what was going on in his mind as shells exploded on the beaches and in the hills beyond.  My great-uncle's division was called in for support that night.  He was killed in the battle the following day. 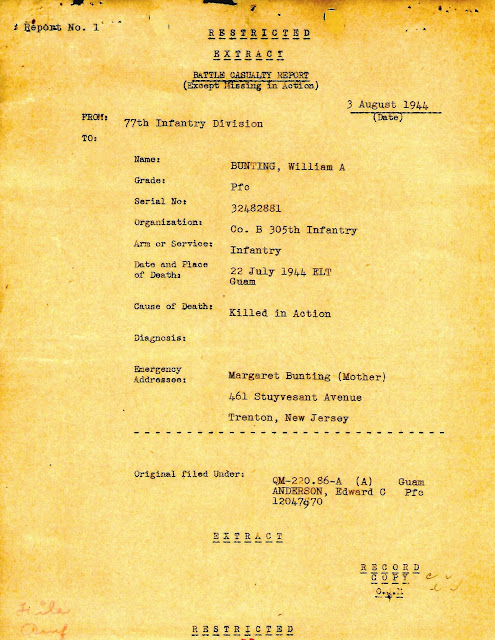