Affiant states that he is personally acquainted with the claimant James Odgers and has known him for the last past 50 years and testifies that claimant has been during all the time he has know him a sober peaceable man of good habits, he further testifies that he has seen him on an average of once a week for years back and he knows his habits and that he is not addicted to vicious habits.

Affiant states that from his acquaintance with the claimant and his personal knowledge of the claimant he is positive that the left inguinal hernia from which claimant is suffering was not caused by an vicious habits on his own or on the part of any other person.

Both my third great-grandfather and Willet Walton lived in Philadelphia, Pennsylvania.  At the time of this Affidavit, Willet Walton was 62 and my third great-grandfather was 68 years old, which means that the two men had known each other since they were 12 and 18 years old respectively.  I wonder how they knew each other.  Were they related or just friends?  Maybe with a little more digging, I will find out. 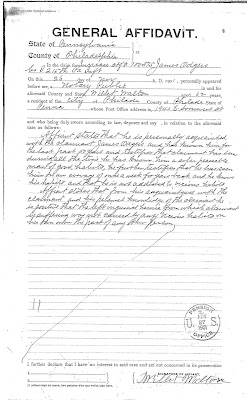 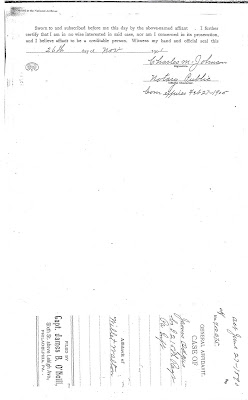