This Surgeon's Certificate is found in the Civil War Pension File of my paternal third great-grandfather.  He had qualified for a monthly pension from the United States Government by serving in Company I of the 215th Regiment of the Pennsylvania Infantry at the end of the war.

My third great-grandfather's cause of disability was impaired vision due to cataracts, followed by operations, which were only partially successful.  These disabilities allowed him an $8 a month pension, about $250 today.

About five years prior to this exam, he noticed a deficit in his vision.  A year later he had to relinquish his work as a machinist on account of his cataracts.

My third great-grandfather, an Irish immigrant, was 70 years old at the time of this exam.  He stood five feet, eight and a half inches tall and weighed 160 pounds.  He had a ruddy complexion and had gray eyes and hair.  He was a married father of seven children, five of which were still living.

His external eye appearance seemed normal, but the oblique examination showed a dark membrane with few white streaks remaining after a cataract operation.  These findings called for another operation according to the examining doctor. 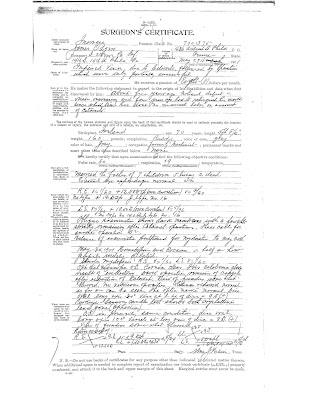 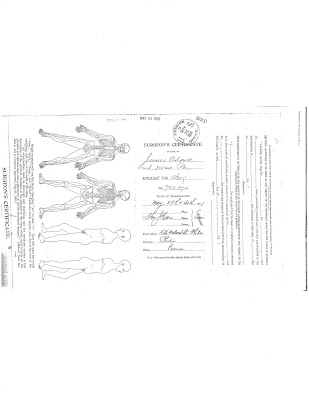