Department Of The Interior, Bureau Of Pensions May 25, 1901

This form from the Department of the Interior is found in the Civil War Pension File of my paternal third great-grandfather.  It lists special instructions for the doctors who were examining him and who would give a recommendation as to  if his pension should be increased.  He qualified for a Civil War Pension by serving in Company I of the 215th Pennsylvania Infantry at the end of the war.

Special attention was to be given to the claim of impaired vision.  the Bureau of Pensions wanted to know the conditions of all his eye structures.  They also wanted the actual degree of impairment and cause of the impaired vision of each eye determined.

They were looking for cataracts or evidence of their surgical removal from my third great-grandfather's eyes.  They also wanted to know if his impaired vision was caused by "vicious habits." 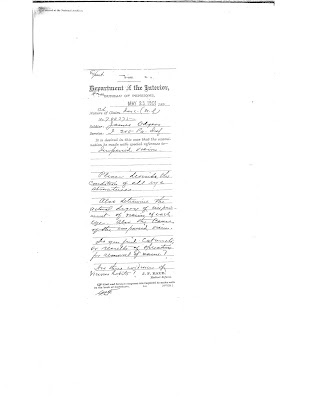 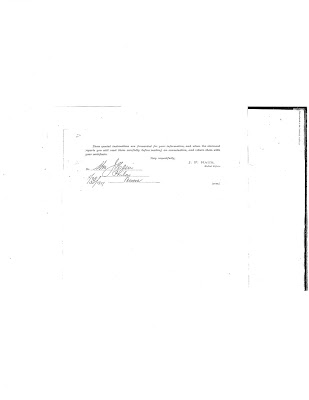