This Surgeon's Certificate is from the Civil War Pension File of my paternal third great-grandfather.  He was trying to get an increase in the pension that he qualified for as he had served at the end of the Civil War as a private in Company I of the 215th Regiment of the Pennsylvania Volunteer Infantry.

At the time of this exam, November 28, 1898, he was 65 years old and living at 1416 South 15th Street in Philadelphia, Pennsylvania.  He was receiving a monthly pension of $8, which would be about $250 today, for a right hernia, impaired vision, rheumatism, varicose veins, and senility.

I notice that my third great-grandfather's weight had gone up 38 pounds since he was examined on March 28, 1894 and he was considered well nourished at the time of this exam.

When his hernia was examined, a tumor was found.  It was the size of a hen's egg.  It was noted that the hernia could be supported by a truss.  This garment would have been worn under his clothing and would have kept any protruding tissue in place, thus helping with any discomfort.

Due to a cataract, my third great-grandfather was able to distinguish light, but unable to see any objects. 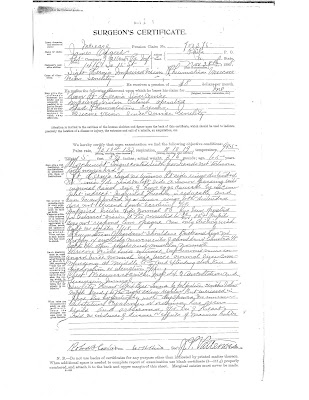 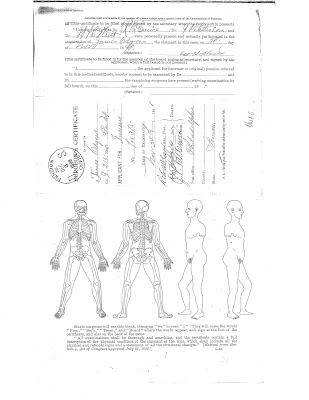